On October 11, 1964 – St Louis Cardinal starting pitcher Ray Sadecki let the first four Yankees hit safely. After a leadoff double by Phil Linz, Bobby Richardson’s RBI double put the Yankees up 1–0. After a single, Mickey Mantle’s RBI single made it 2–0 and Sadecki was promptly removed by manager Keane. Roger Craig came in to pitch and gave up an RBI single to Elston Howard but allowed no more damage. After five innings, New York was still up 3–0 and St. Louis had only one hit off Downing.

The turning point of the game — and the Series — came in the top of the sixth. Carl Warwick led off with his third pinch-hit base hit, tying a World Series record. Curt Flood singled to put runners on first and second. After Lou Brock flied out, Dick Groat reached base on a slow roller that was bobbled by Yankee second baseman Bobby Richardson. Instead of runners on second and third with two out, the bases were loaded with one out.

In the first game, Yankee Al Downing struck Cardinal Ken Boyer out with a high changeup. Downing faced Boyer again with the bases loaded, and Boyer guessed that he’d see the high changeup again. He guessed right, and hit a grand-slam. Ron Taylor relieved Craig and gave up one hit over the last four innings. The Cardinals won the game 4–3; instead of trailing three games to one, Boyer’s grand slam enabled then to even the Series at two games apiece

This Day In Baseball gives you cool facts and stories through baseball's rich history.

With two outs in the bottom of the 11th inning of Game 7, Edgar Renteria singles home Craig Counsell, giving the Florida Marlins their first World Series title with a 3-2 win over the Indians. The five year-old Marlins become the youngest expansion team to win the Fall Classic.

Boston’s Ken Brett becomes the youngest player ever to pitch in the World Series when he appears in relief against the Cardinals in Game 4 of the Fall Classic. The 19 year-old Red Sox rookie southpaw, the older brother of future Hall of Fame third baseman George Brett, tosses a scoreless eighth inning, yielding a walk in the team’s 6-0 loss at Busch Stadium.

Check us out on the Tube! 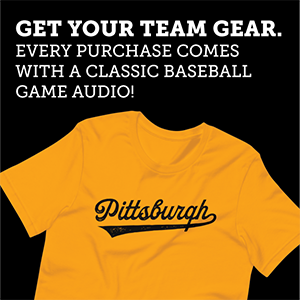 This Month in Baseball January

This Month in Baseball February

This Month in Baseball March

This Month in Baseball April

This Month in Baseball May

This Month in Baseball June

This Month in Baseball July

This Month in Baseball August

This Day In Baseball September

This Day In Baseball October

This Day In Baseball November

This Day In Baseball December

Our PODCAST - This Day In Baseball

And connect with us wherever else you listen to Podcast.

Join the Community and Listen to Voices of the Past

Get in the game with your team gear! SEARCH THIS DAY IN BASEBALL